Powered by Vacations To Go, with over 8 million happy customers since 1984

Peru’s principal Port, Callao counts a naval museum, 19th-century temple and municipal theater among its attractions. Travelers can relax at La Punta Beach or sail to nearby islands to spot wildlife and swim with sea lions. In Lima, located 7 miles east, walking and bicycle tours reveal the city’s blend of Spanish colonial heritage and modern-day appeal. Head to the historic center, a UNESCO World Heritage Site, to see the presidential palace, the Cathedral of Lima and the Church of San Francisco, where experts estimate some 75,000 bodies are buried in its catacombs. The Aliaga House, home to nearly 20 generations of the same family since 1535, features art and artifacts to admire, while the Pachacamac Archeological Complex touts the remains of pyramids, monuments and more from the Inca Empire. Before setting out for Machu Picchu, sample local dishes such as ceviche, a seafood soup, and cuy, also known as guinea pig. 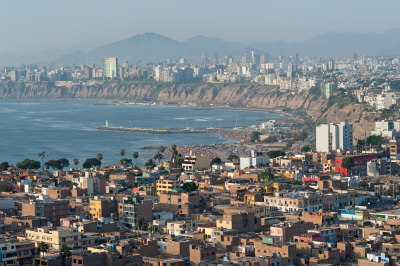 Call us at 800-338-4962 or inquire about a vacation here.
Open Mon-Fri 8am to 8pm, Sat 9am to 5pm, Sun 9am to 6pm, U.S. Central Time
Our office will reopen in 6 hours and 16 minutes.
Other Vacations
All Oceangoing Cruises
Escorted Tours
River Cruises
Hotels & Resorts
Africa Safaris
Site Info
About Us
Contact Us
Privacy Policy
Site Map
Terms & Conditions